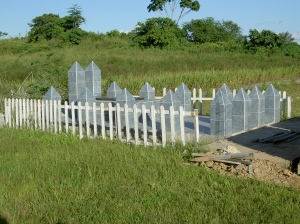 My dad, Hank Scheltema, died the day after Christmas in 2003. He was going for his morning run through the Amazon jungle, but returned early in pain and collapsed on the front porch of the house. He had a few cognisant moments with mom before going unconscious, then taking off on his final flight home, he died. Since he died in the jungle, mom didn’t bother with an autopsy to determine cause of death and his funeral was a rushed affair…at least rushed according to the States’ timetable of death. There is no preservation of the body down there, and with the equatorial heat, it is important to get the body into the ground as soon as possible. But, the mortician was able to round up Formaldehyde to prolong the waiting time to give my family time to travel. I was not able to attend his burial, but two sisters and a brother-in-law were able to join mom as dad was laid to rest. The video of the funeral showed a multitude of slight, brown-skinned Brazilians following the casket to the cemetery singing hymns, reading Scripture and sharing memories. This is one of mine. 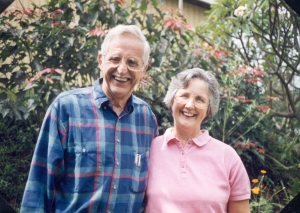 When I was in high school, my parents traveled to churches and Christian colleges on the weekends to speak about missionary life and to inspire others to join the work. One weekend, when I was a senior, I was left with strict instructions to finish attending a seminar I had started that week and go straight home. I was not to go to a friend’s house or out to eat. They wanted to be sure I had made it home safe as the seminar was in Atlanta and we lived an hour south. But, I disobeyed.

After I was dropped off from the church van, I drove straight to my boyfriend’s house and picked him up. We did the typical “Well, what do you want to do?” “I don’t know. What do you want to do?” dance before he suggested a field party happening a few miles away. I lived in Pike County, GA; the middle of Nowhere, and if the party was outside, in a field, that meant there was drinking and who knows what else. I was naive at that age, and really had no clue. We arrived, and most were shocked to see me there since I was one of the “good girls.” It was boring since I wasn’t drinking. But, I’m glad I experienced at least one drinking party in high school for philosophy’s sake.

My conscience started to prickle around midnight, but my car was stuck in the mud. Matters were complicated when the drunks decided to push us out, spilling beer on the car seats. (My dad had the nose of a bloudhound.) “Be sure your sins will find you out. Be sure your sins will find you out,” echoed and echoed and echoed silently in my head, but we were able to get away without calling for help. As I drove into my boyfriend’s garage, I had almost breathed a sigh of relief, when his father opened the door and said, “Kay, your dad is on the phone.” (It was the days before cell phones.) It was one o’clock in the morning. Uh oh.

With my best friend on the other line for support, I had the one of the scariest conversations I can remember. I decided to fess up; to tell the whole truth before he had a chance to ask. Of course, I emphasized that I didn’t enjoy myself and that I had totally learned my lesson about going to drinking parties. And I said I was sorry for disobeying them and ruining their trust.

“Thank you for telling us the truth. I’ll discuss this with your mother and call you back,” he said when I was through confessing. That wait was only bearable with a supportive friend to talk me through possible punishment scenarios.

“Kay, we decided that since you told us the truth and didn’t try to hide what you did, we are going to overlook it, this time. You are forgiven and I won’t bring it up again.” And he never did.

I am blessed to have expereinced true forgiveness from an earthly dad. It is a gift I open and re-gift every time I have to forgive another.  Thanks dad.

3 thoughts on “You are forgiven”