This post is a part of the series comparing the teaching on various gender passages in the Bible. Read more about the series here.

1 Corinthians 14:34-40
34 Women should remain silent in the churches. They are not allowed to speak, but must be in submission, as the law says. 35 If they want to inquire about something, they should ask their own husbands at home; for it is disgraceful for a woman to speak in the church.
36 Or did the word of God originate with you? Or are you the only people it has reached? 37 If anyone thinks they are a prophet or otherwise gifted by the Spirit, let them acknowledge that what I am writing to you is the Lord’s command. 38 But if anyone ignores this, they will themselves be ignored.
39 Therefore, my brothers and sisters, be eager to prophesy, and do not forbid speaking in tongues. 40 But everything should be done in a fitting and orderly way.

If there ever was a problem passage, this is it. It sparks more questions than answers:

Can women talk at church? If so, when? Where? About what? And to whom? What about those who aren’t married? How are they to get their questions answered? These are the questions that have plagued churches that wish to include women in public worship, yet can find no unified voice around what appears to be a “plain meaning” in this passage.

Only pages earlier, Paul acknowledges a woman’s authority … whether you believe it is her own or given to her through a man. He assumes they pray and prophecy. Why does Paul blatantly contradict himself here? Does Paul change his mind so easily and want all women to be quiet? Is this what the Spirit of God wants?
This passage is hard to divide into neat Complementarian and Egalitarian lines since there are Comps and Egals all over the place. Instead, here are three common interpretations.

Historically, Jews worshipped segregated, much like the Papua New Guinea church I visited 10 years ago. Women on one side and men on the other. Or, women in the back and men in the front. Some theologians speculate this was the source of the Corinthians disorder: a segregated meeting room and uneducated women. Women, who were learning as they went, were shouting across the room asking their husbands a question about the sermon. If you’ve ever been in a developing country church service, you can understand the likelihood of that happening! There is little decorum, but much sincere excitement. Women, uneducated but now allowed this new freedom of learning alongside the men, were abusing their freedom and causing chaos. Could this be what was happening?

Many scholars think so; especially given the context: how to conduct public worship in a fit and orderly way. (verse 40) (Some note that Paul is referring to how women should learn. The issue here is not silencing of teaching, but asking questions in public.)

But, others have a problem with simply disregarding this bit as cultural. They argue ancient men were often just as uneducated as the women. They wonder if this interpretation will lead to picking and choosing what is for today’s church and what is irrelevant. Should we treat the Word of God so lightly?

Surprisingly, the next two interpretations both agree to the negative answer. No. We should follow the Word as it is written and not lightly disregard any command.

The stricter, traditional Complementarians (Patriarchal) follow a literal understanding. Women should not be heard in public worship, should not ask questions or appear more knowledgeable than the men around them. Again, the central principle is that women are created to be in submission to men. They must learn in their proper place. If a woman is unmarried, she can ask her pastor or father in lieu of a husband.

Those who believe this interpretation tend to be consistent across board. The women will wear head coverings or long hair, no jewelry or expensive clothes, and they will work hard to keep the men more knowledgeable than the women, so both genders can obey this passage.
They believe the “law” Paul references is found in Genesis 3:16. Of course, they interpret this verse as a command for men to be the authority in their marriage. The husband should rule the wife. To accurately obey this “law,” women should not join in the vocal aspects of church worship.

Admirably, they do a good job of following the “plain” meaning, and for making no apologies for what they believe is God’s Word for women.

Paul did not write this paragraph.

There are two theories that source someone else besides Paul. The first is that Paul quoted either a Corinthian slogan or a Jewish oral law, and then rebuked its sentiment in verse 36. The second is that this paragraph was added at a later date as a marginal note.

1. Paul quoted another source.
Some Egalitarians also believe we should not disregard God’s Word simply because we don’t agree with it according to our culture. Since Egals believe God does not restrict women’s roles, the answer must not lie in faulting God’s Word itself. The fault lies with our translation or interpretation of the original limitations of the Greek language.

Paul is not restricting women, he is quoting a common understanding of how a woman should behave in that culture. He rebukes this worldly thinking in verse 36-38, and points them back to his instruction in Chapter 11. Read more about this in a previous article.

2. Due to a discrepancy in the ancient manuscripts about where these verses go (either after verse 33 or verse 40?), some scholars conclude this section is not original to Paul, but was added from a very old marginal note. 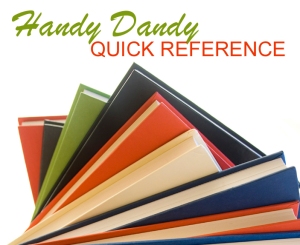