For decades, I used 1 Timothy 2:9-15 as the starting gate for gauging my function in Christianity. I filtered my understanding of my place in God’s world through this passage. I was a woman. I had certain restrictions.

Like many in Baptist churches, I had been taught a traditional interpretation of Paul’s instructions for women in 1 Timothy 2: women should be silent and never teach or govern men, or some softer variant of these limitations. This interpretation isolates the passage from the greater context of 1 Timothy, and mistakenly became my threshold for all commentary on a woman’s place in the church.

So how else should I understand this passage? Is the only alternative to believe a progressive interpretation that disregards these instructions as archaic, culturally based, and irrelevant for today’s church? In disregarding this passage as obsolete, I could be denying the truth found in 2 Timothy 3:16 that all Scripture is profitable.  But, what is profitable for modern Christians in 1 Timothy 2:8-15?*

Put in its historical and contextual setting, Paul’s instructions for Christian women in 1 Timothy 2:8-15 reveal God’s desire to see movement from deceptive controversy to unified doctrine. 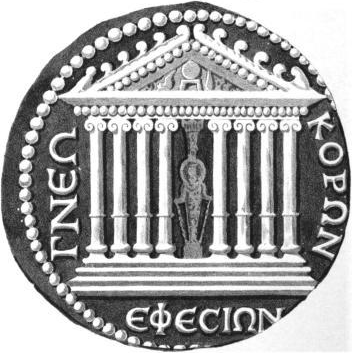 1 Timothy was written by Paul to guide Timothy in combating the false teaching that infected the church in Ephesus. Timothy was left behind to correct the doctrinal mess being taught by some in the church after Paul fled Ephesus for Macedonia due to the riot caused by the worshipers of the goddess Artemis (Acts 19:23-20:1). If the church fell for what these folks were teaching, the Christian faith in Ephesus was in danger. From his first words to his last, Paul reiterated that the truth of Jesus’ gospel must be protected. Read what he wrote.

“Timothy…command certain people not to teach false doctrines … or devote themselves to myths…” (1:3-4)

“Have nothing to do with godless myths and old wives’ tales…” (4:7)

“…guard what has been entrusted to your care. Turn away from godless chatter and the opposing ideas of what is falsely called knowledge, which some have professed and in so doing have departed from the faith.” (6:20-21).

This is the central concern that drove Paul’s instructions throughout the letter. Timothy was to guard the truth against the deceptive and contentious teaching present in the Ephesian church.

This error involved a definitive female target. In the Ephesian church, marriage was abandoned, and celibacy was embraced (4:3). The enrollment of “Widow,” a woman who lived without a man*, was filling with women who refused marriage, who meddled in other people’s affairs and said the wrong things (5:11-15). Older women were superstitious, avoiding the work of caring for others (4:7; 5:9-10). We get a glimpse of these superstitious and magical practices in Acts 19. The Ephesians valued objects with mystical powers (Acts 19:11-12, 19).  Men were not immune to the errors, either. Men and women were devoted to circulating fictional tales, fantasies and traditions (1:3-4, 6), and the men especially were causing disputes and arguing (2:8; 3:2-3; 6:4-5). Men were using the gospel for greed (3:3, 8; 6:5, 9-10).

The reason Paul was so serious about correcting the error was that false teaching results in wrong behavior. Paul was not only concerned that some might destroy their own faith (1:19; 5:15; 6:10, 21), but that others might not hear the true gospel because of the misguided conduct of the Ephesian Christians (4:16). Paul instructed Timothy to teach proper behavior (3:15) so the church would have a good reputation with outsiders (3:7), would not be open to blame (5:7), would not give cause for slander (5:14), and so others would see the consequences of good and evil behavior (5:24-25). In chapter 2, our specific context, Paul linked quiet, godly lives with God’s desire to see all people saved (2:4). To understand 1 Timothy 2:9-15 in a way that can be applied to societies outside Ephesus in the first century, it is imperative we understand what Paul was teaching Timothy: the church’s behavior reflects the church’s beliefs, and the world is watching.

What is profitable for us, today?

The “extreme” limitations Paul placed on the women of Ephesus is contrary to his customary practice. There must be a good reason why.  The mixed-up, no-good, spirituality that was being taught in Ephesus led people astray from the true faith. Extreme measures were needed that solved the problem. Paul’s instructions concerning women must be understood in context of the dangerous false teaching found in Ephesus. And this understanding hints at how we can apply 1 Timothy 2:9-15 to today. Here are some possible suggestions.

Next up, we’ll look at the immediate context of chapter 2: prayer.

Part 3 covers the goddess worship of Artemis and its influence on Paul’s instructions.