I changed my mind about Esther.

A friend and I tried to write a Bible study on Esther around 20 years ago. It was a mess. I got the book all wrong. I think my friend’s ideas might have been more in line with my thoughts now, but my memory fails me. We tacked back and forth between our two ideologies, never coming to an agreement. And we never completed it. Thank goodness, because at the time, a certain mouthy preacher in Seattle was touting Esther as a sex kitten, and I was enamored with that idea. I am so glad I never committed that nonsense to paper! Isn’t it great that we are free to change our minds? I sure did a one-eighty turn on my interpretations of Esther.

She was a savior. 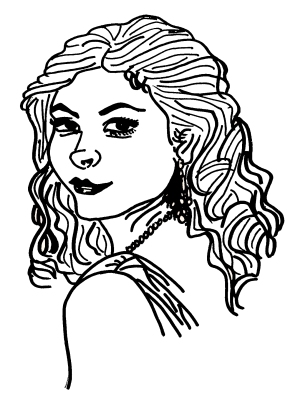 The historical Esther might have been a sex kitten, but alas, we can never know for sure. What we can know for certain is that the version of Esther that was committed to literary canon was styled as a deliverer of Israel, much like Joseph, Moses, or Deborah. She was a courageous hero who wielded not a sword, but her voice to save her people.

She did not hear God.

But more to the point of the story, in my opinion… where is God? You may not have realized it, but God is never mentioned in Esther. His name is not spoken and God’s voice is silent. In my search to understand the God who seems awfully silent in my own life, Esther’s story seems familiar.  Esther is given center stage in a drama whose Director is absent. Why did the author intentionally write God out of the narrative? Studying the book with this question at the fore reveals a depth of insight that, for me, is relevant. Is God working even when I don’t experience His direction or presence? Esther leaves that question hanging, because we must each wrestle with a silent God for ourselves.

She was a woman in a man’s world.

And lastly, what does a female hero teach us about this silent God? While it might be the author’s intent to contrast the disobedient wife Vashti with the submissive Esther – and yes I have heard many lessons advocating this, including my own! – I believe this confuses the inherent patriarchal setting of the ancient world with morality.

If you are looking for gender role morality, I think a better case would be made for women learning to become manipulative wives from Esther. But honestly, isn’t that the true lesson behind the “submissive wife” teachings after all? How to get what you want while keeping the man happy? That is the case when we are focused on our own needs and wants, but what about when the issue is a matter of life or death? It is even more important that a woman employs subtle guile, or prudence, when acting contrary to the patriarchal norm. When a woman lives in a patriarchal, man-centered world that is immoral and unright; she must use every craft available to her to maneuver circumstances without making too much noise. Patriarchal systems value silent, compliant women. Just ask Vashti about that. Esther was neither silent nor compliant, yet she succeeded in saving a generation of Jews from genocide… and she kept her man happy while doing it. In her day and time, she was one wise woman. A hero.

So, that is what a female hero teaches us about living in a man’s world. She must be wise. But what about my leading question…what does a female hero teach us about a silent God? It is through Esther’s speech, her voice, that God saves. How many women have been told, “If you remain silent at this time,” you will be useless to God’s plan? (Esther 4:14) The feminist lesson of Esther is that women have been given a voice for God to use. Who is man that he should silence it?

The book of Esther is a cleverly crafted narrative with backstory, interesting characters, ironic reversals, dramatic plot twists, and comedy! It reads like a play that layers symbolic meaning over the historic facts. Israel’s ancient stories always feature the people, an enemy and a savior, who is acting in obedience to God. In Esther, Israel’s symbolic role is portrayed by Mordecai. The enemy is played by Haman. The role of deliverer is Esther. The king plays the king. But, one role is noticeably missing. God. In His stead, the plot is laced with coincidence and chance, leaving the reader to ponder the true Director behind the drama.

Esther was designed to echo Israel’s literary history to encourage and inspire national hope for a good future. It is a tale of deliverance, and the influences of other Biblical deliverance narratives, such as Joseph, Moses and the Judges, naturally imprint the organization of Esther’s rhythm as the reader cycles through the threat of danger, cries for help, intercession with a sovereign power, and ultimate victory over Israel’s enemy.  After looking at the historical setting of Esther, the next few posts will delve into the main themes of Esther.

I am going to add a 4th, but I don’t think it was an intentional theme of the author’s so I won’t list it with the rest.

4. Every generation will encounter evil. It is necessary for women to resist evil by refusing to be silent.

Twenty years ago, I thought Esther had to be a great lay to land the hand of the wicked Xerxes, and used the book to teach women how  to submit to their husbands and still follow the will of God, because sadly those two things often diverge. Not so today. As my theology of women has evolved,  I read Esther through different eyes. I invite you to study Esther along with me over the next few weeks.